In 2016, Nestor’s life changed completely in a car accident that left him paralyzed.  He lost his mobility, his independence, and his job.  “The doctor told me that I was paralyzed from the neck down and that I was not going to move ever again.  It was very hard to understand.”

“…I had my first feeling of hope since my accident.”

After extensive acute care in the hospital, he was discharged home.  Shortly after, a family member told him about the clinic and encouraged him to make an appointment.    “My cousin was a patient and said the staff helped her so much.  It was at that time I had my first feeling of hope since my accident.”

“Pat, the nurse manager, was such a great help. I will never forget all she did.”  As he spoke about Pat, tears streamed down his face because he said he knew that without her and the support and love from his sister, he would not be here today.

Pat arranged therapy with our volunteer Physical Therapist Jerry and connected Nestor to numerous resources that he was not aware of.  He began to see Jerry on a weekly basis and shared that “Therapy has kept me moving and improving.  I call Jerry a friend-therapist with ‘a friend’ being first because that is truly what he has become for me.  Just talking with him keeps me motivated and encouraged.” Nestor has regained mobility in his hands and arms which has given him back his joy of cooking and several other abilities.  Jerry also suggested that he ask to volunteer at the clinic around his therapy sessions.

Our office manager Lorena assigned patient reminder calls to him and he has been making those calls and doing various other office tasks.  He cannot drive and relies on the bus, train, and the staff to get here.  ‘I feel reconnected to the community by coming to the clinic weekly and spending time with the staff.  When you see angels, you know it, and I see angels here at the clinic.  Jaret, Lorena, Pat, Erin, and others are here for me in every way they can.  And by volunteering, I am able to give something back to them and the clinic and it makes me feel good.” 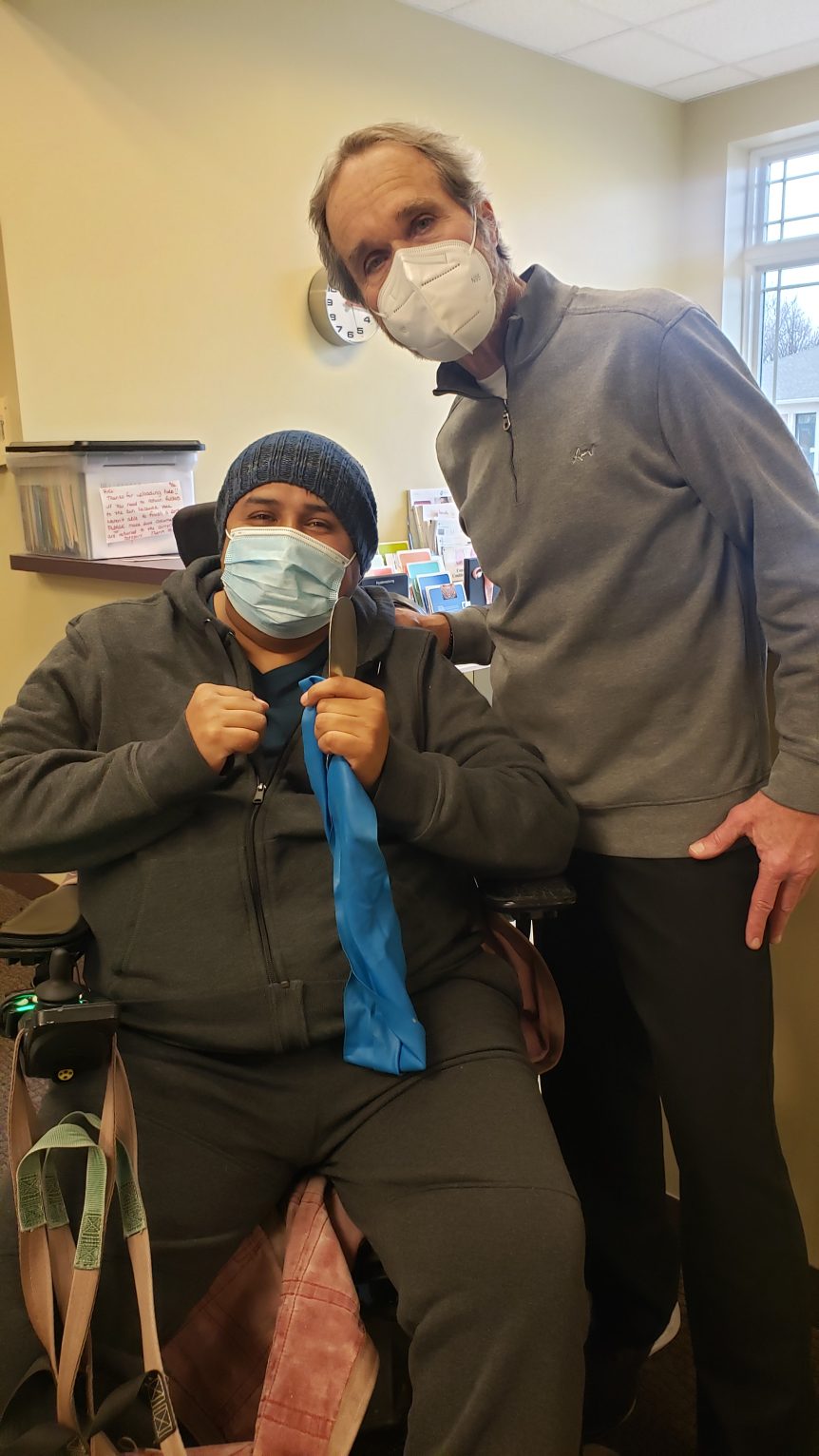